Part of the 2014 Art Shanty Projects, The Drama/Puppet Therapy Circus -- Sami Shanty housed an interactive theater piece. It was a group experience structured as a three ring circus that addressed the past, present and future. Audience members’ confessions, wishes for their future and gratitude lists plugged into short scripts (mad-lib style). The audience then performed the scripts with puppets, balloons and scripted tarot card readings. For our shanty, we constructed a lavvu, a structure used by the Sami people of Northern Scandinavia. The lavvu canvas was created by Chris Pesklo of Northern Lavvu. The base and pole system was designed by engineer Ben Pecholt. Deborah Yarchun created the performance piece. Saga Blane was the project's environmental design consultant. Most of the puppets used were provided by Chris Lutter of Puppet Farm Arts. 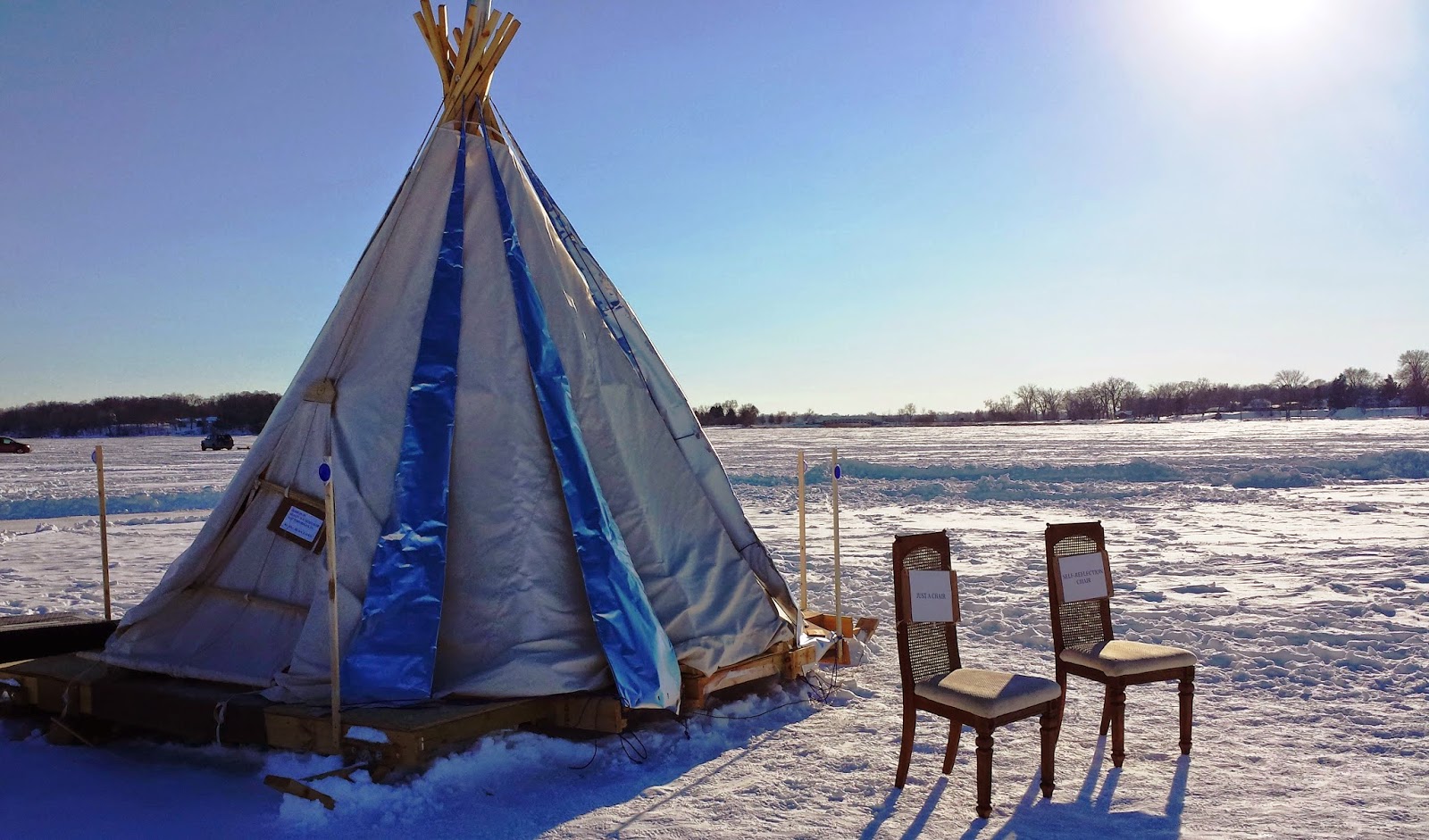 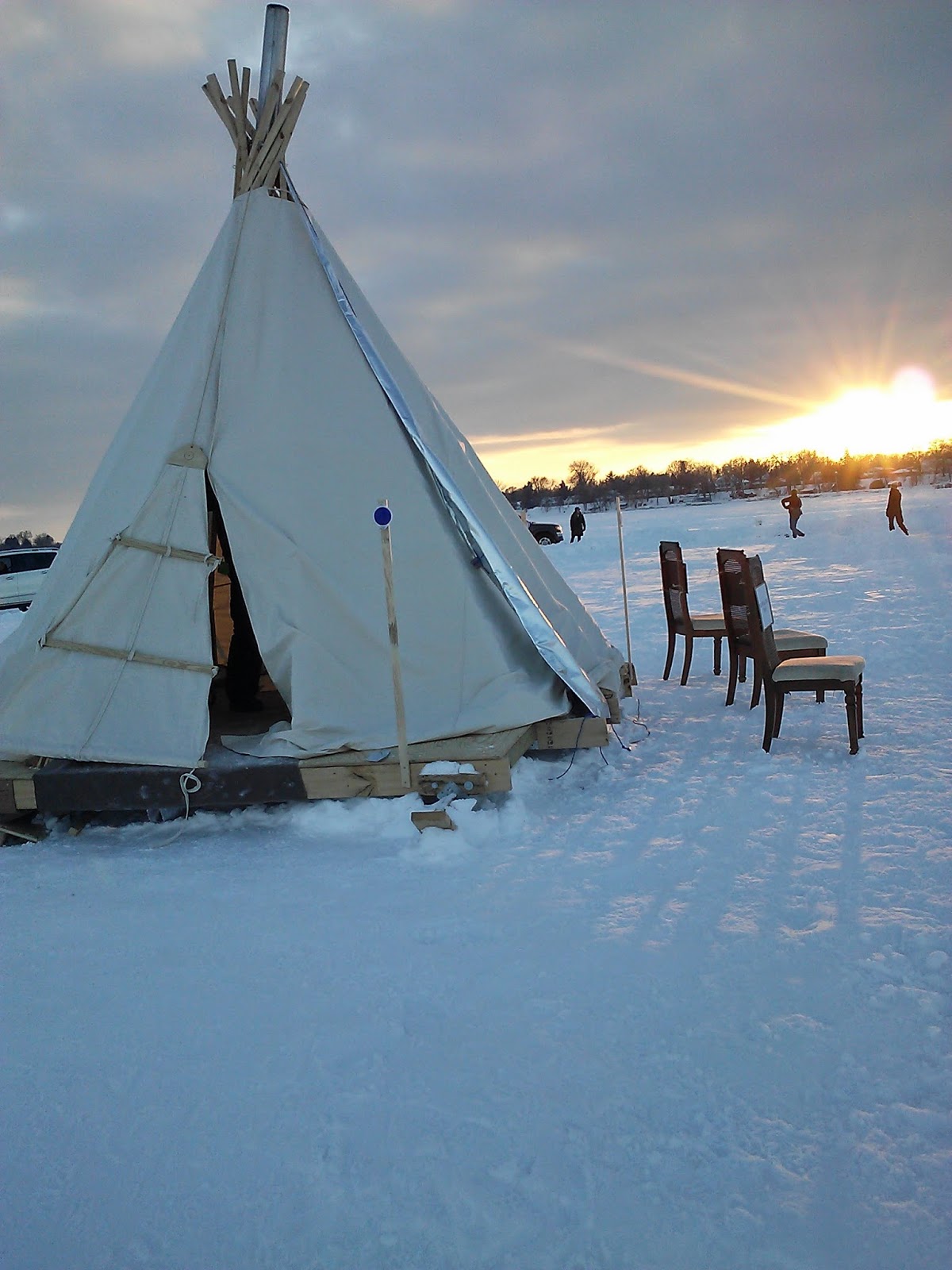 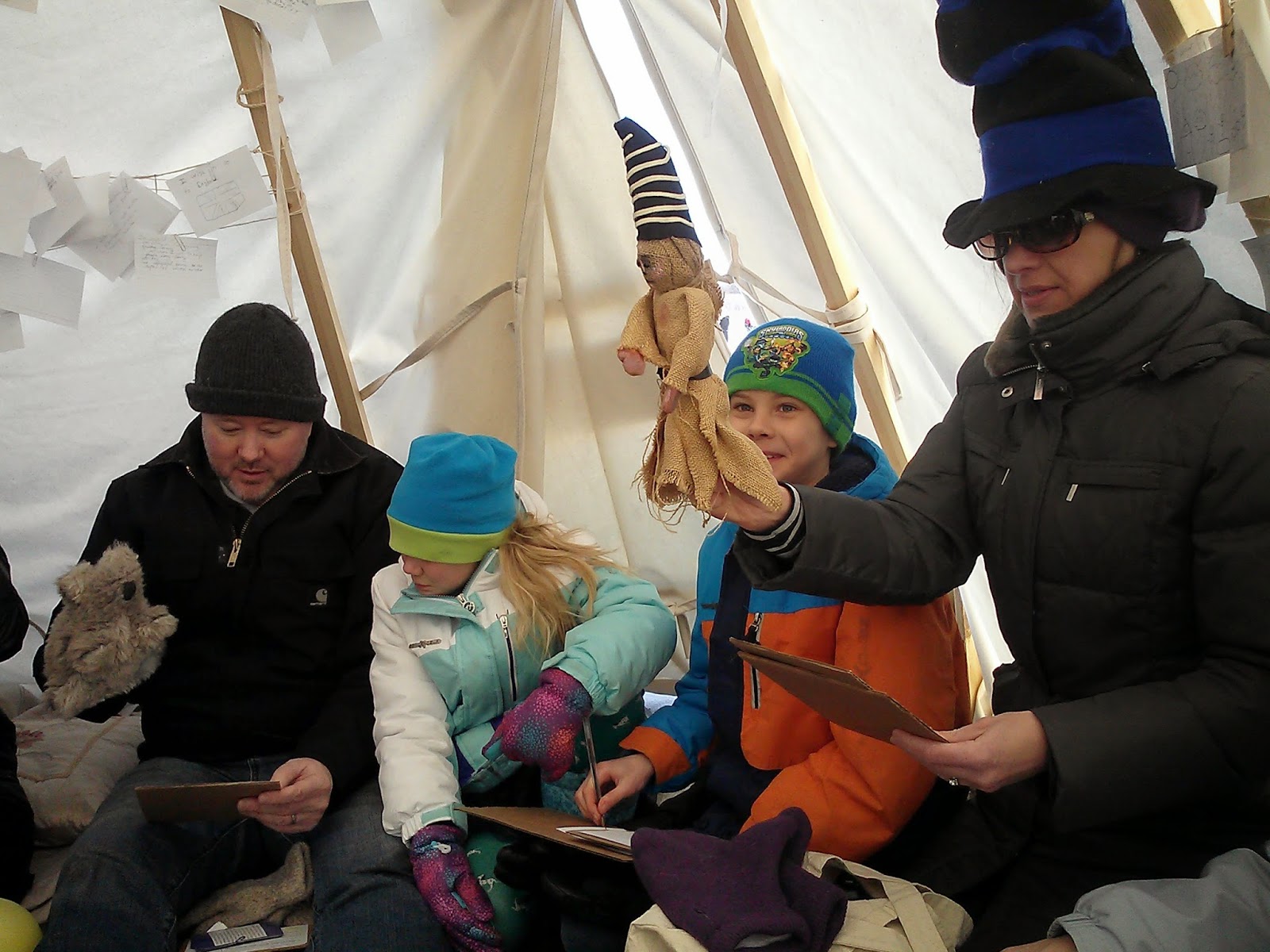 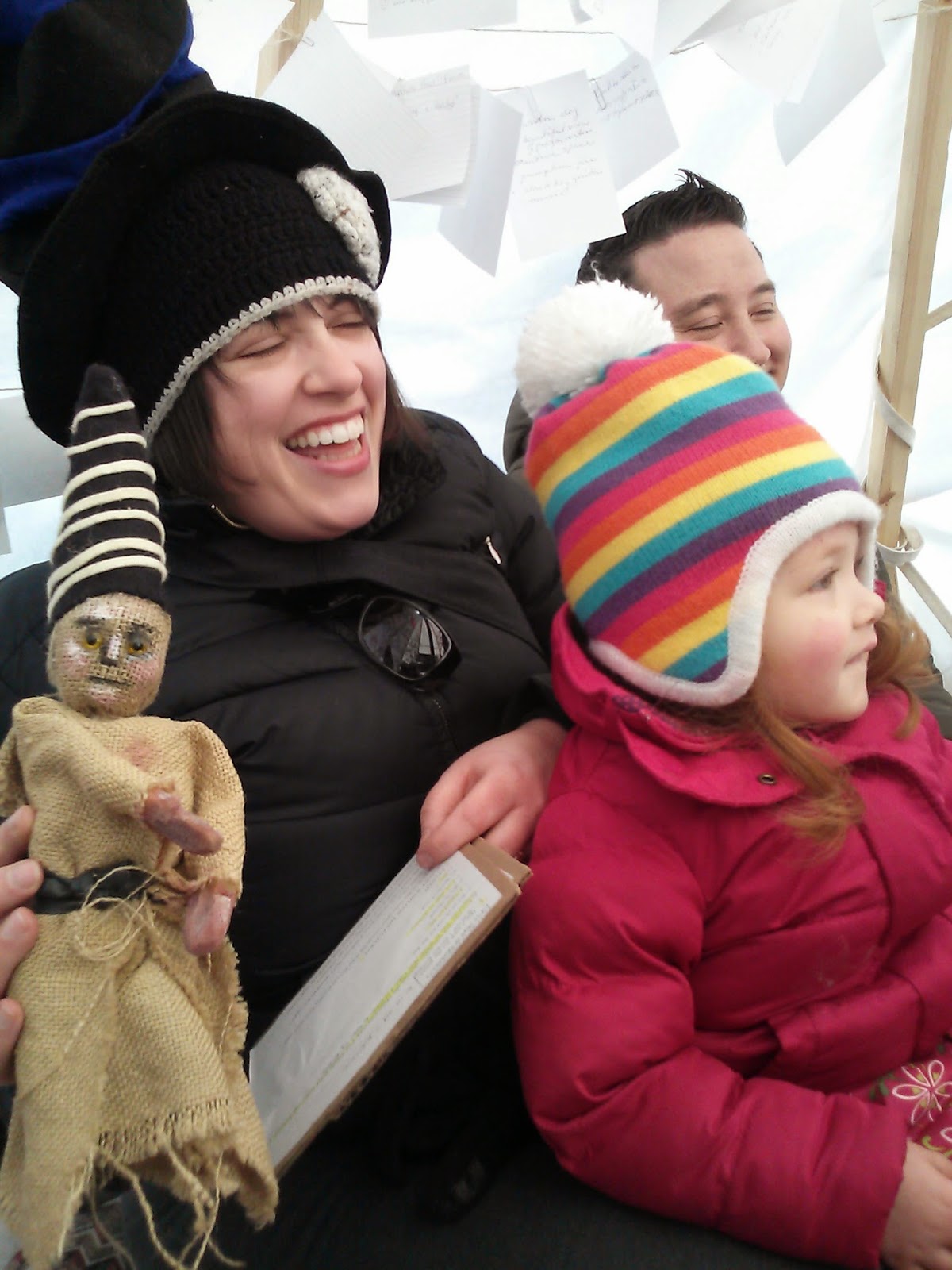 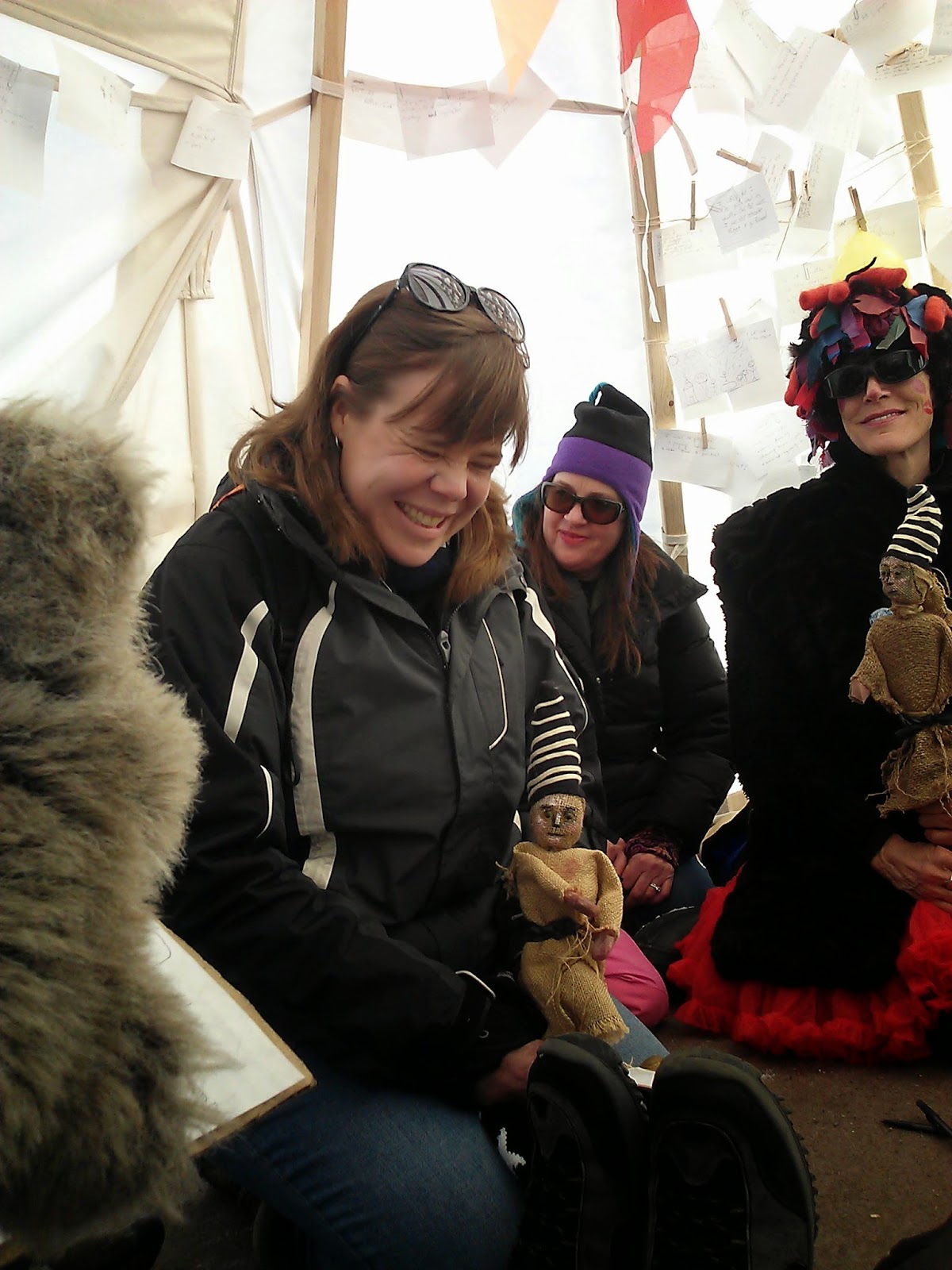 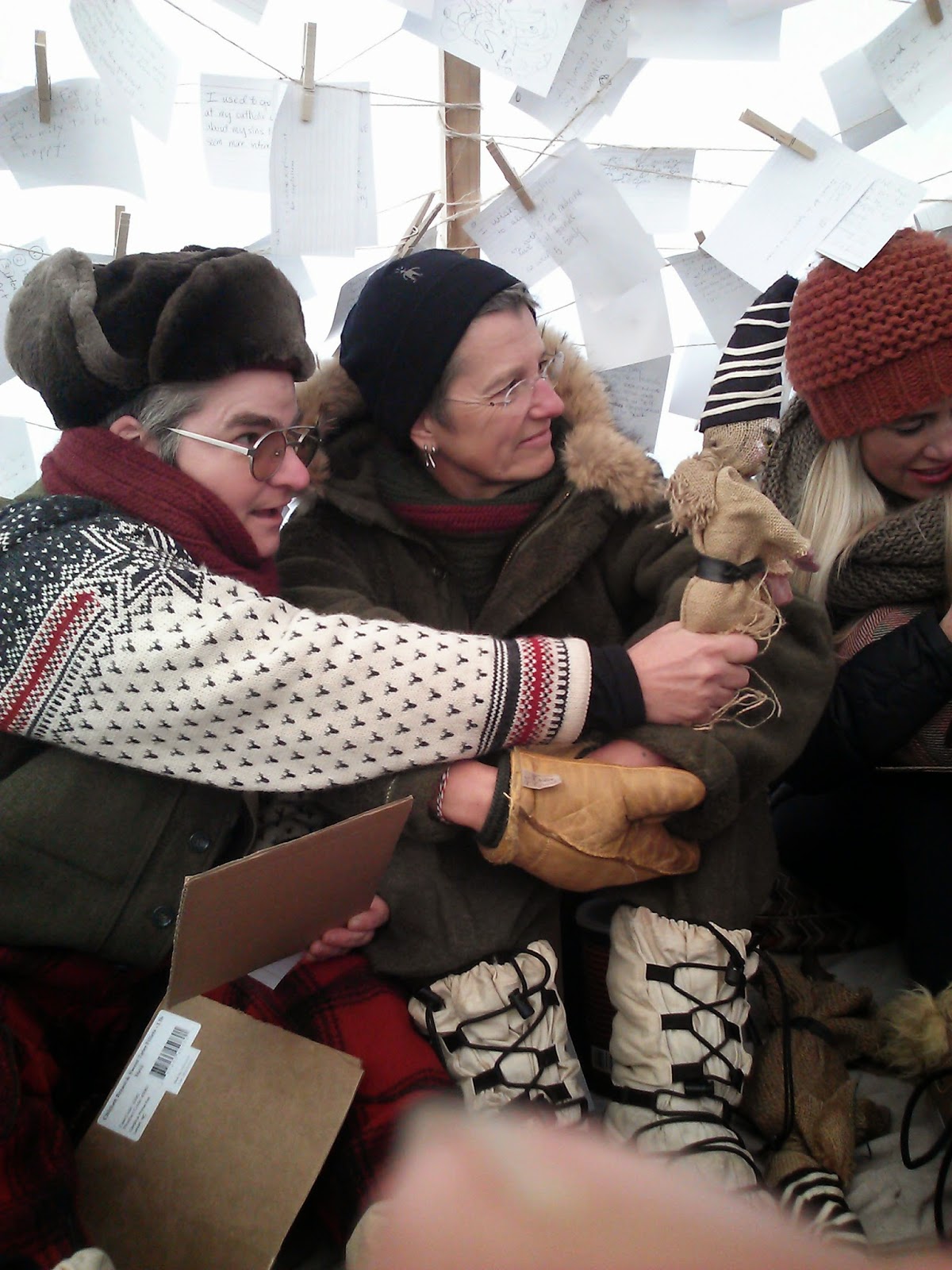 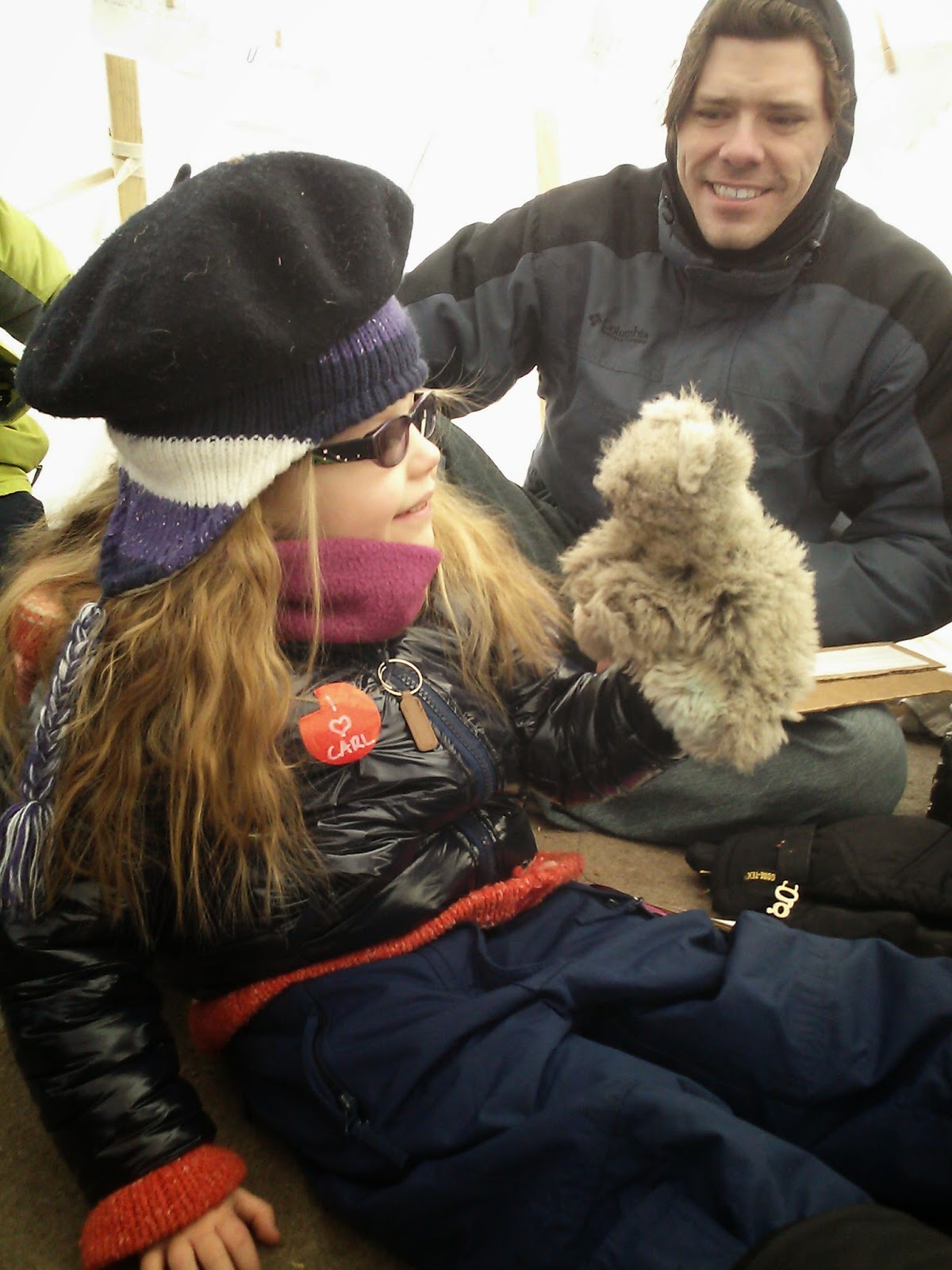 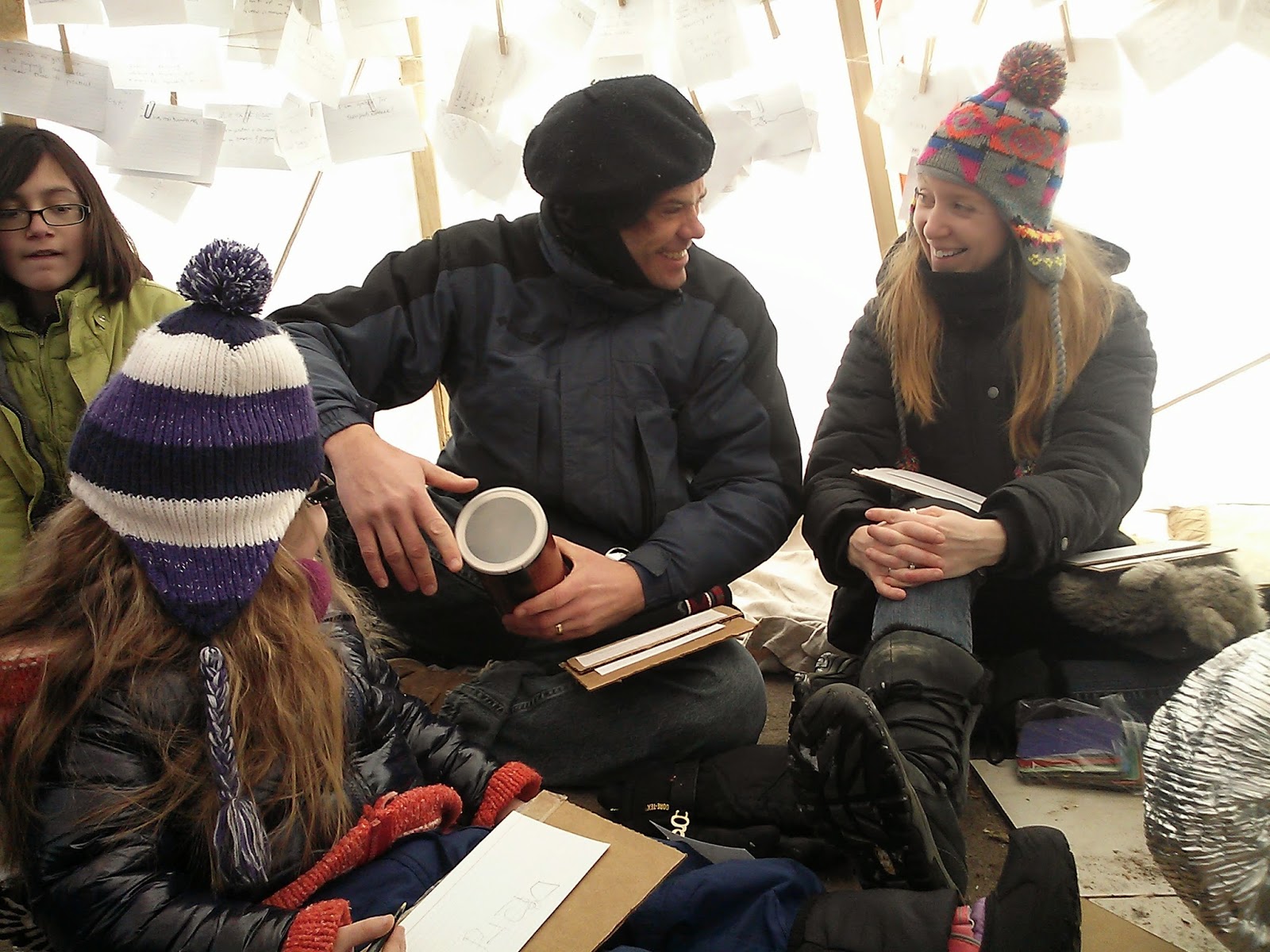 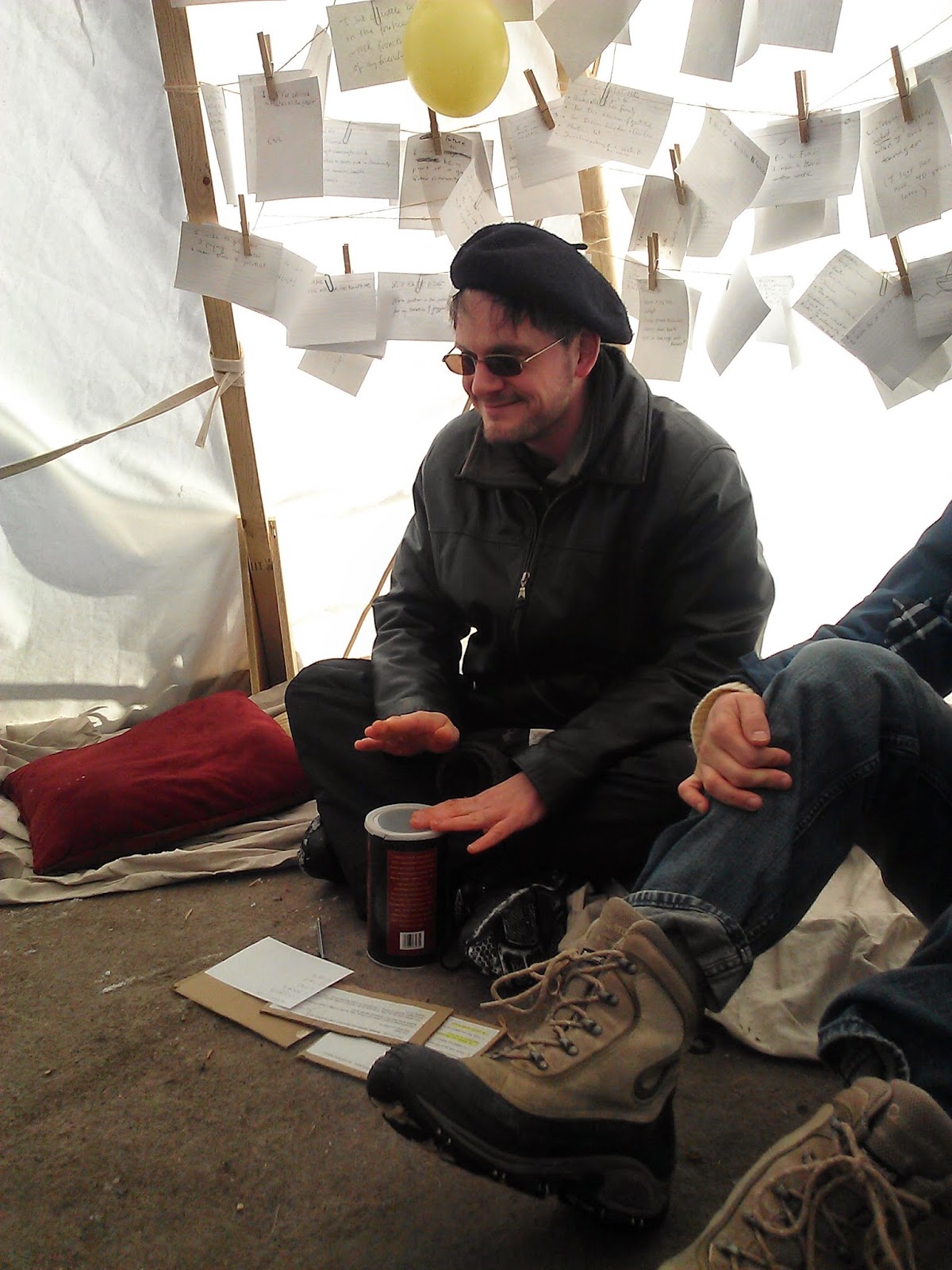 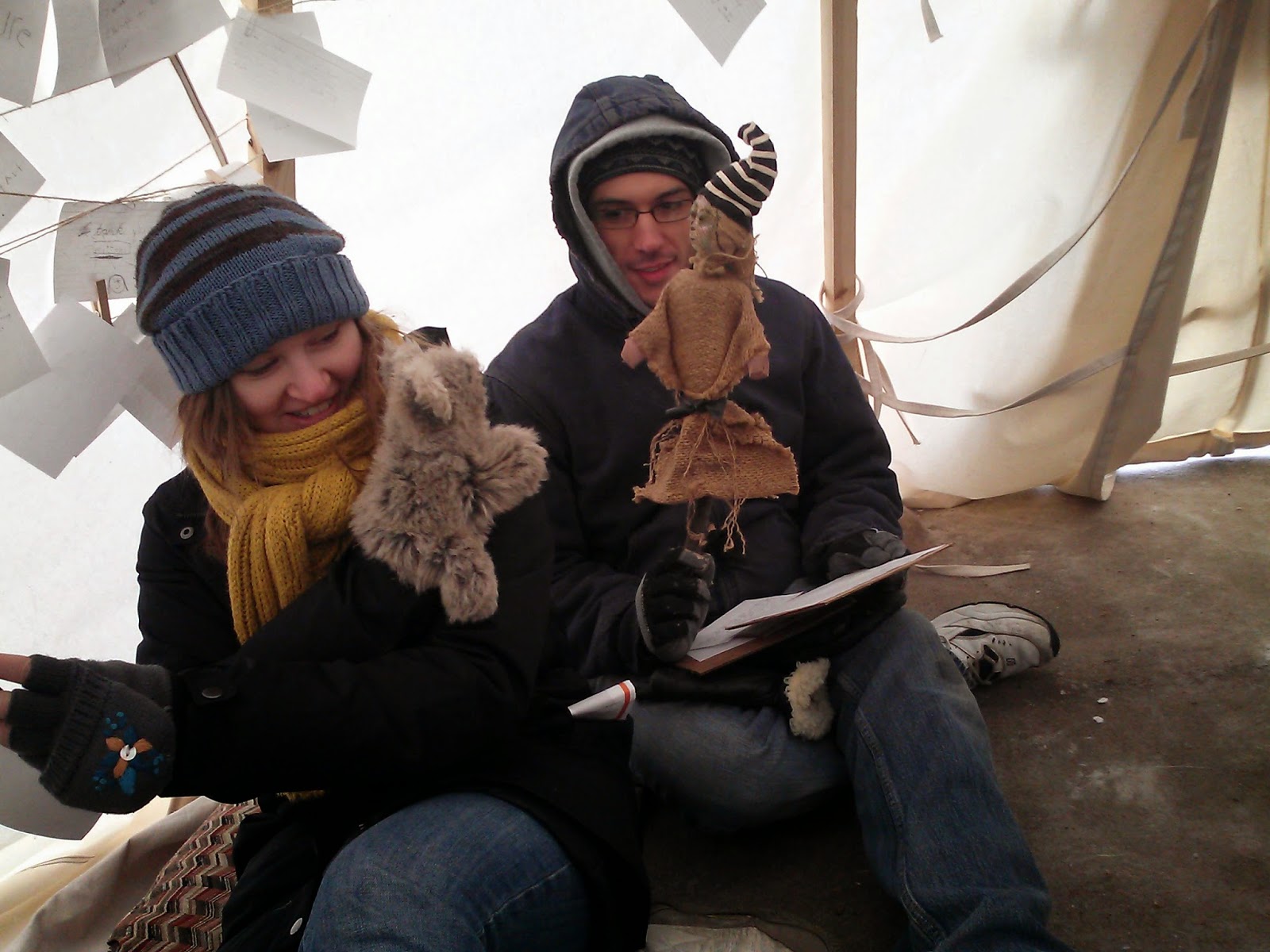 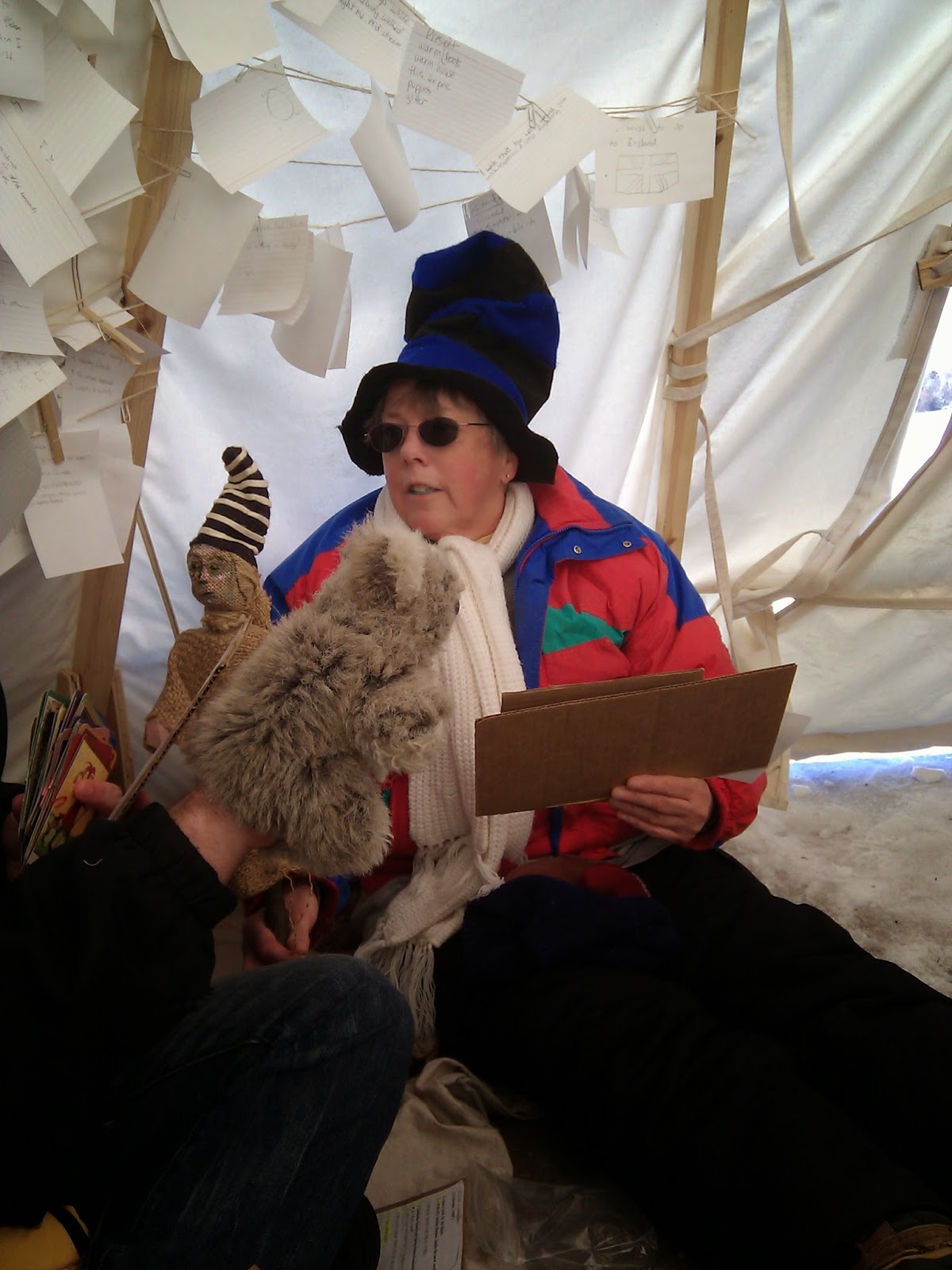 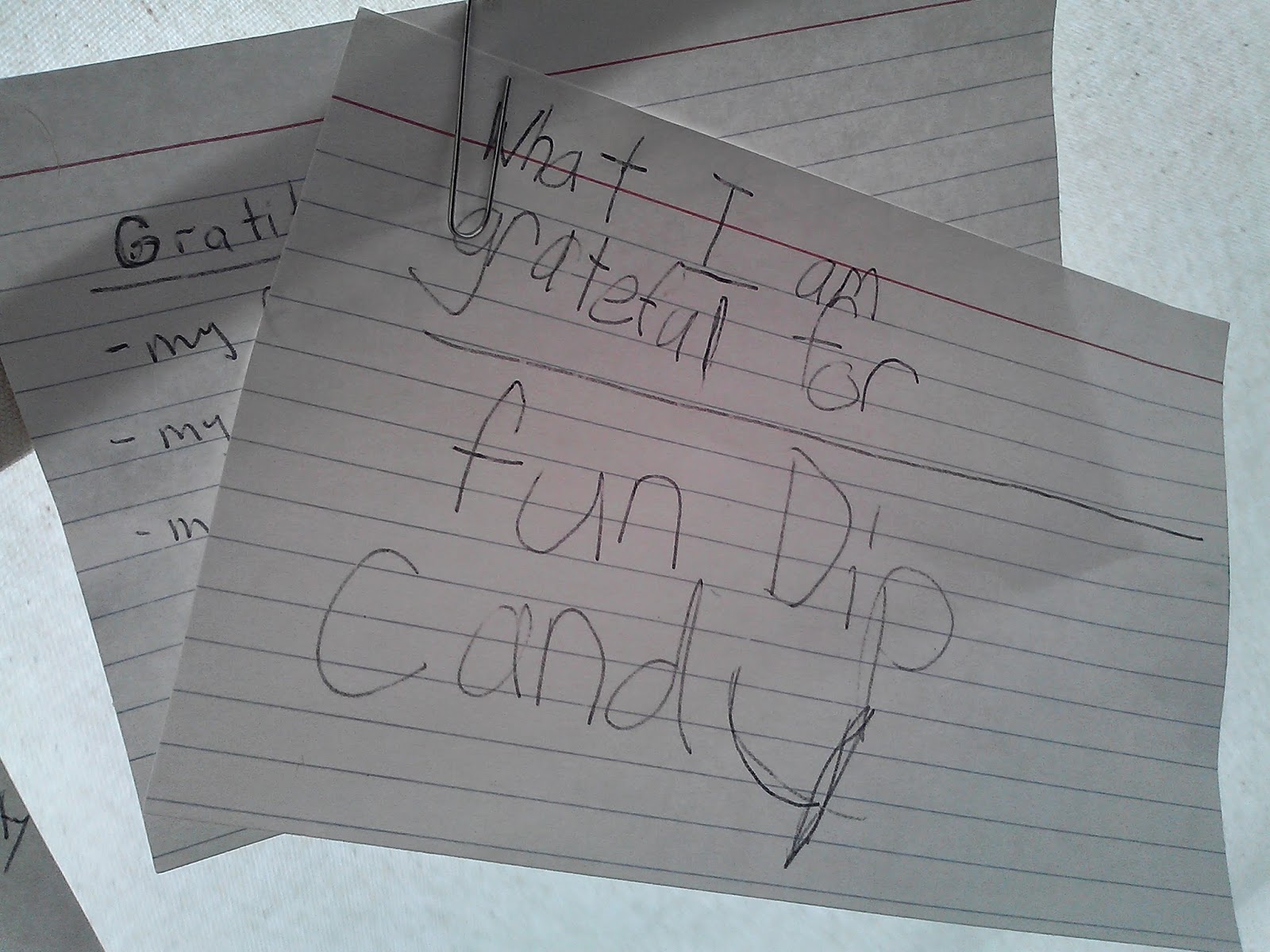 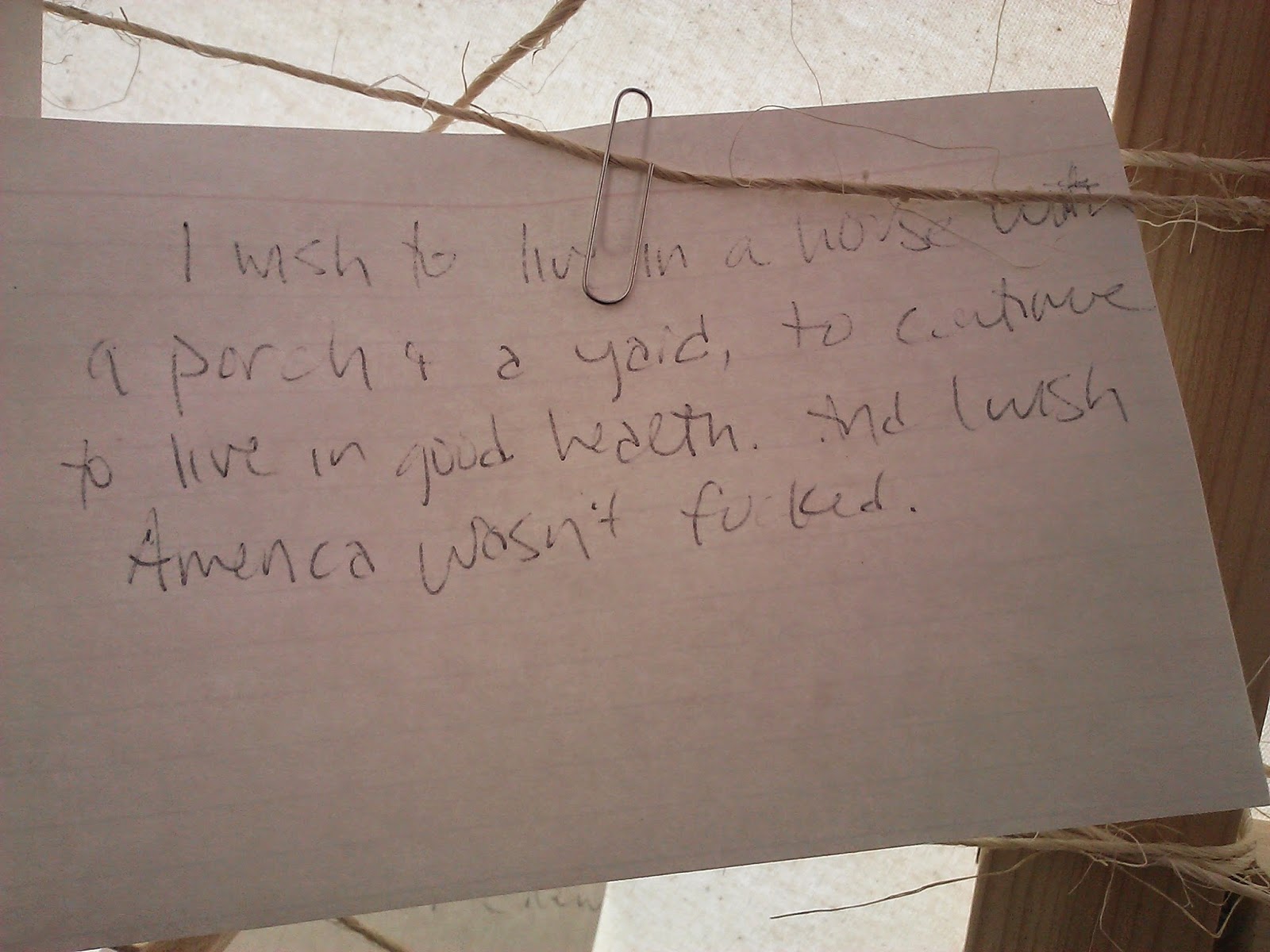 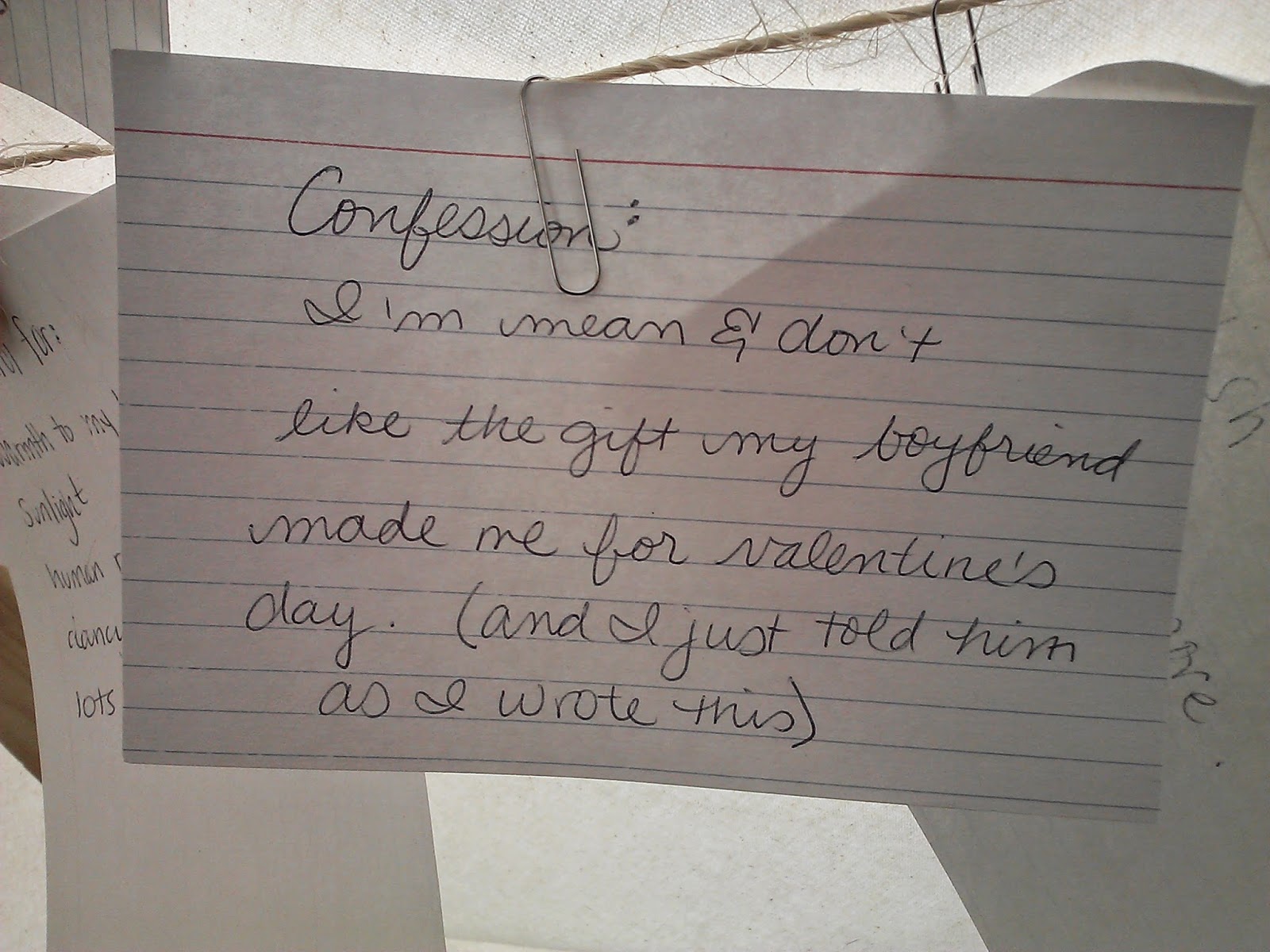 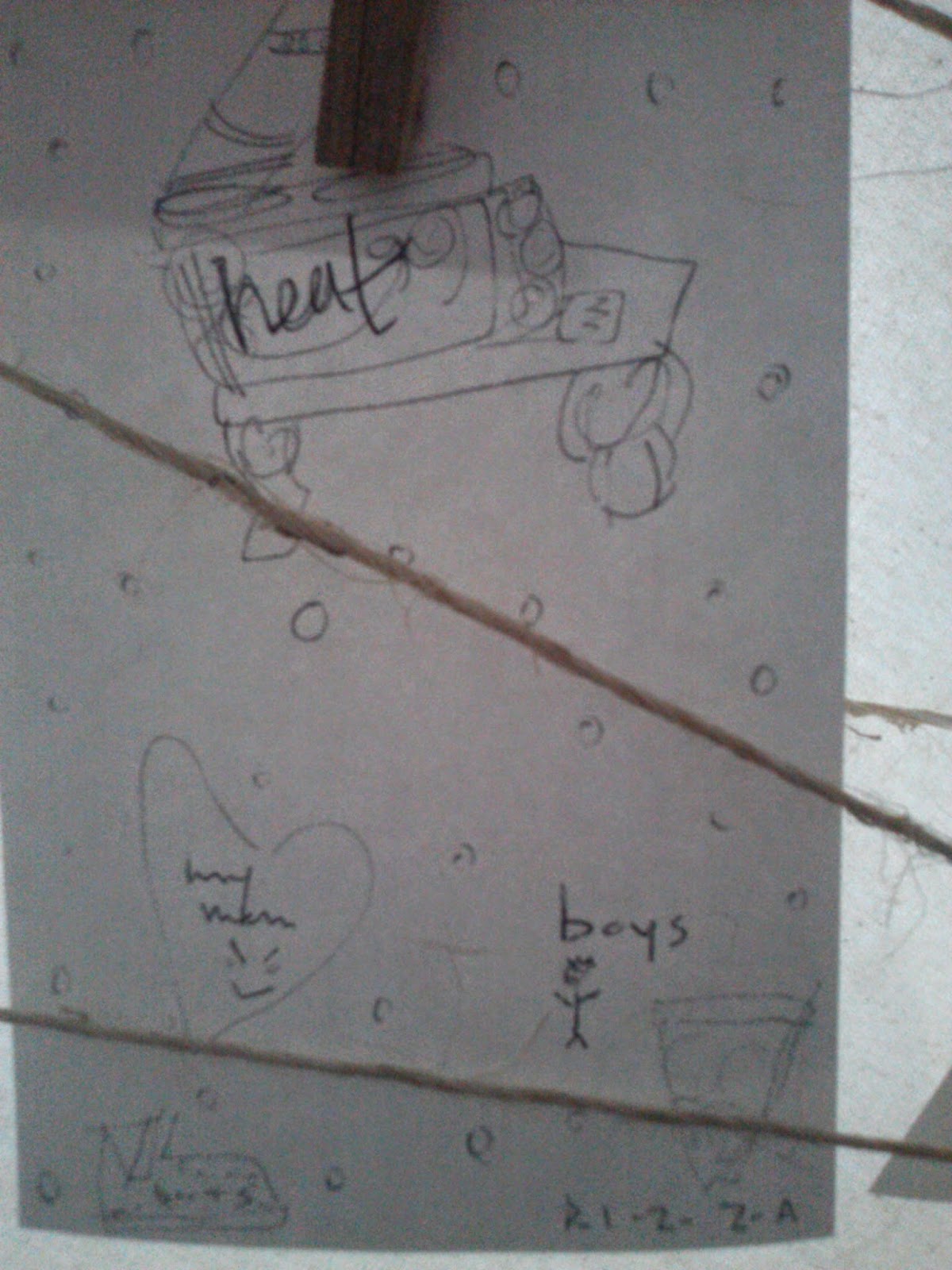 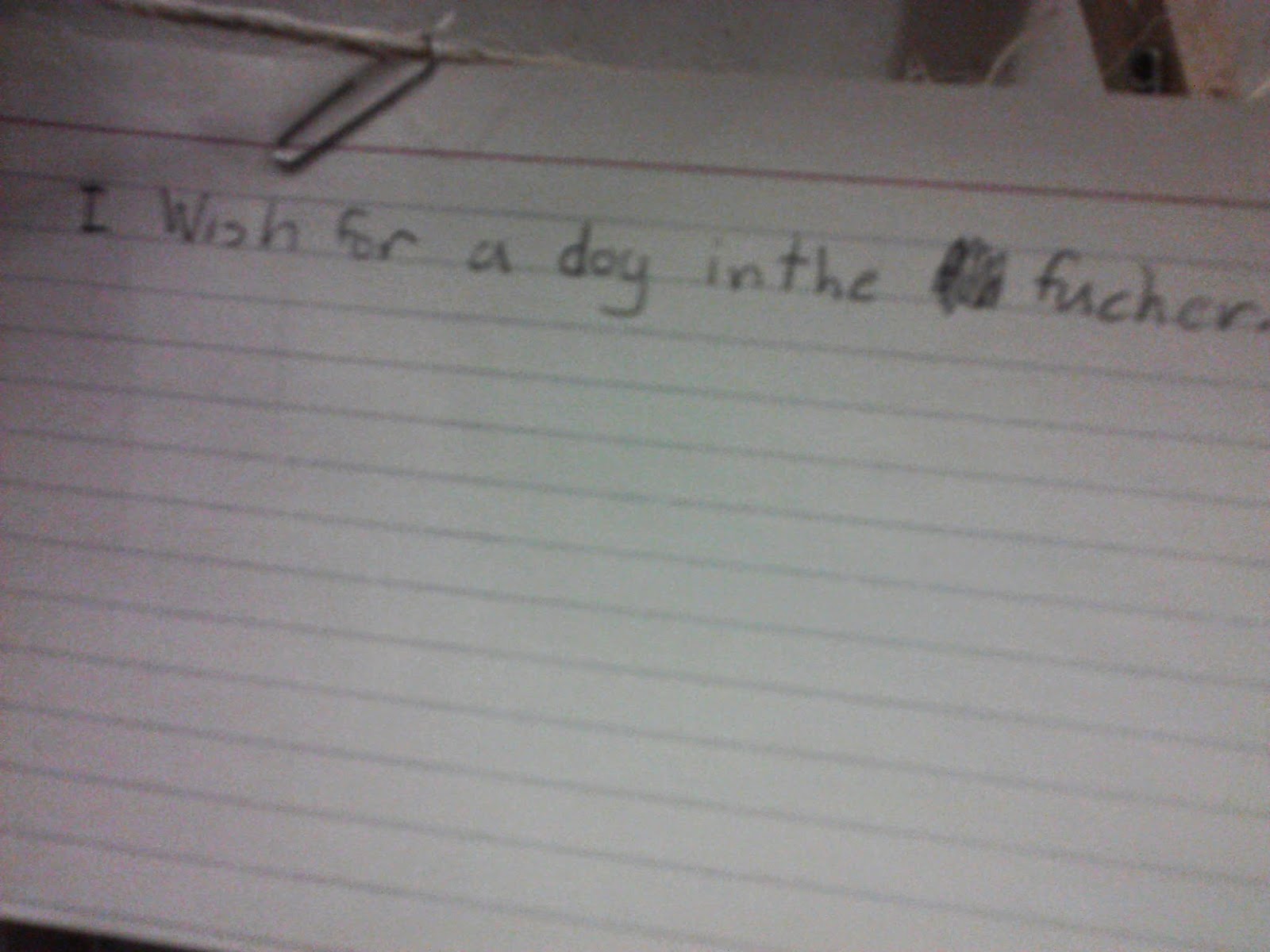 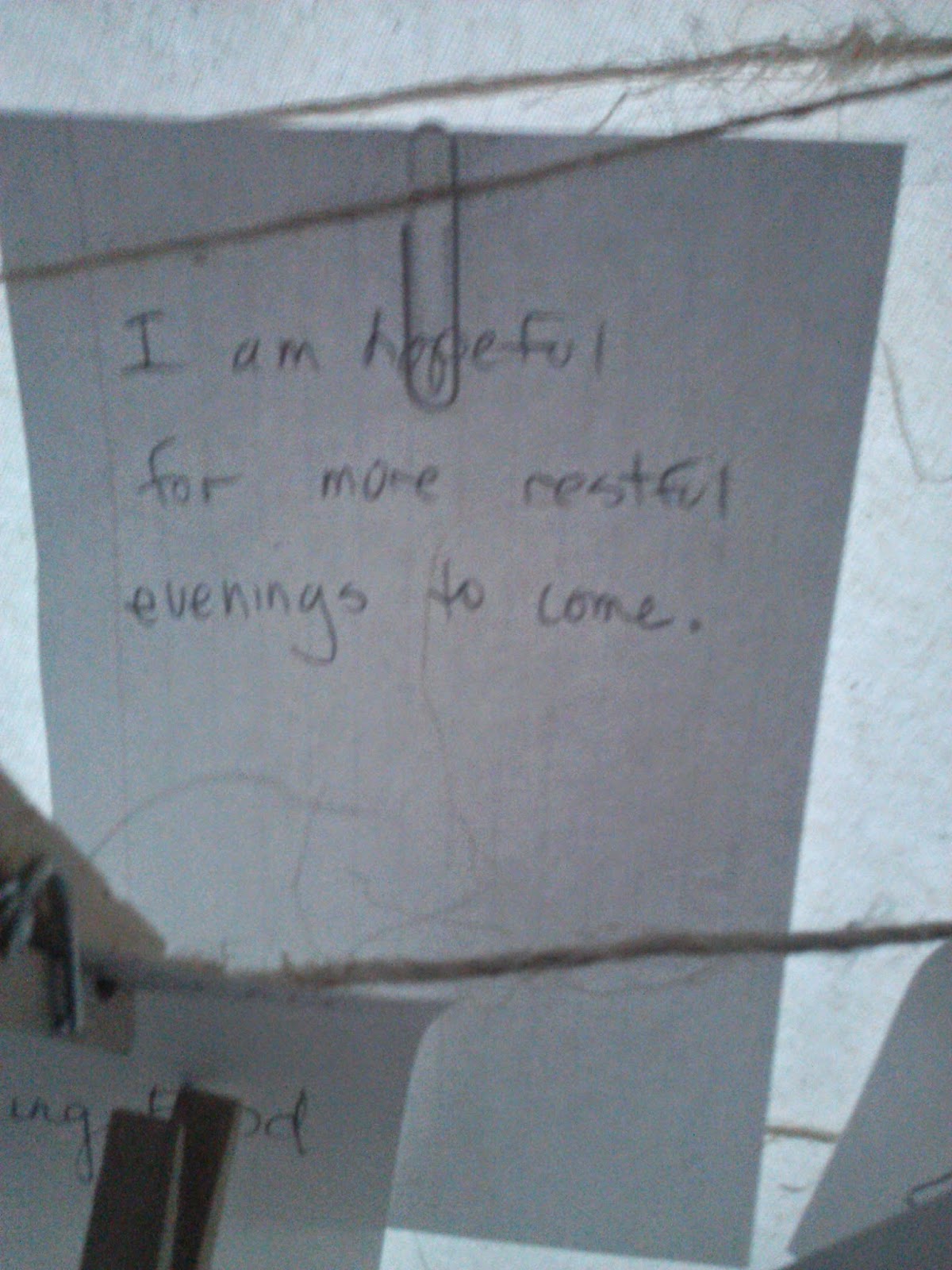 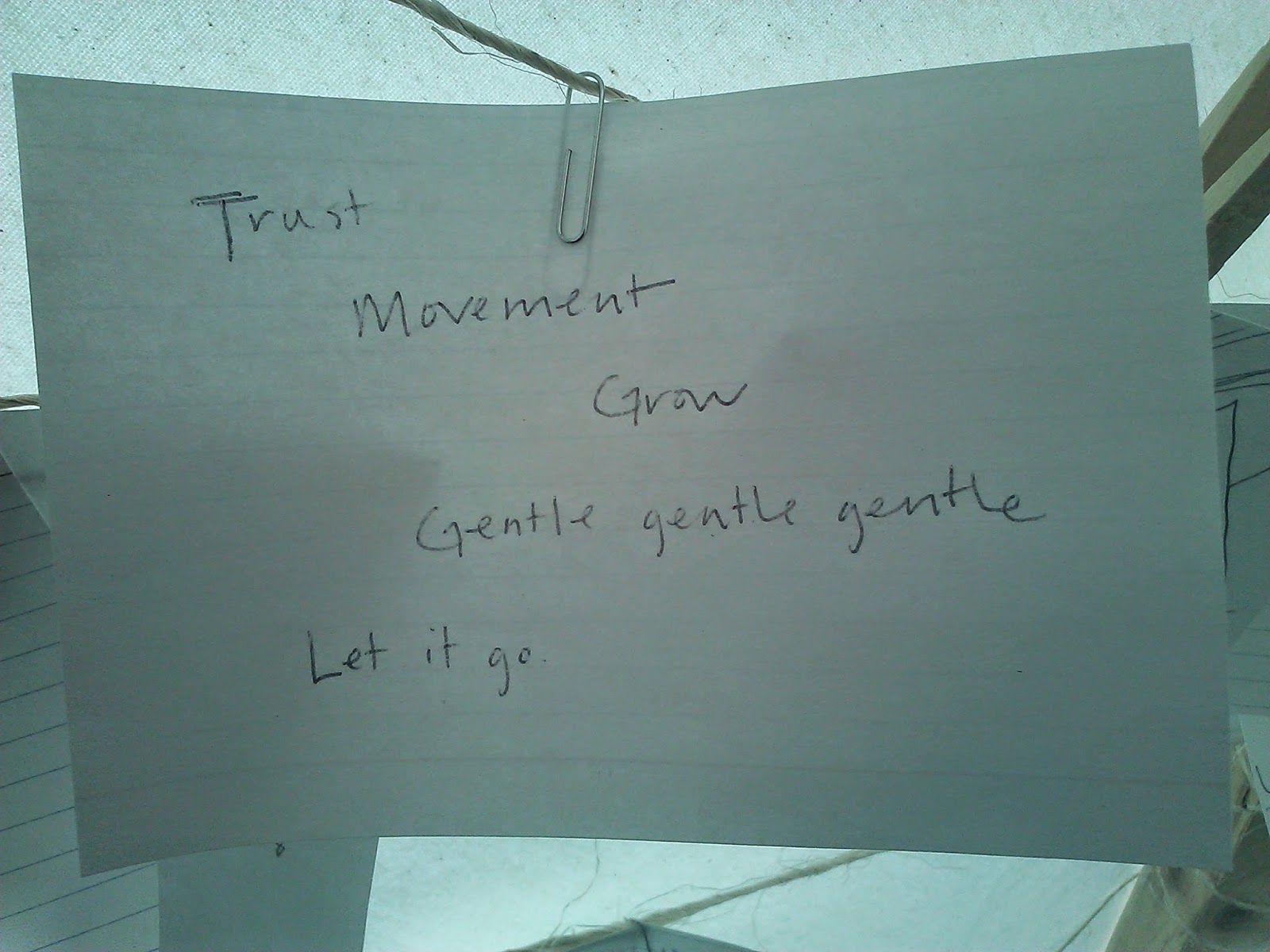 special thanks to:
Chris Pesklo / Northern Lavvu (historical consultant / Lavvu expert)
Puppet Master Chris Lutter for the awesome puppets
Donovan Walker, Lauren Thrift and others who have helped along the way!
Sarah Saltwick and Robert Frost, Lauren Thrift (Drama/Puppet Therapy guest facilitators)
Bedlam Theater (for the build space)
Siwek Lumber
Menards
Savers
Jake Jeppson for the ride to Savers and Walmart
Every participant
All friends who contributed confessions
Posted by Deborah Yarchun at 10:35 PM No comments:

Deborah Yarchun
Deborah lives in Minneapolis as a Jerome Fellow at The Playwrights' Center. More about her playwriting at DeborahYarchun.com. Some key tenets: If you think you’ve arrived, you’re not going anywhere. “The highest form of morality is to not feel at home in one’s own home.”--Theodore Adorno. Deborah is also a micrography artist: http://apashanota.deviantart.com/.